Locked down and out: Effects of Covid-19 on domestic workers in Europe (BLOG) 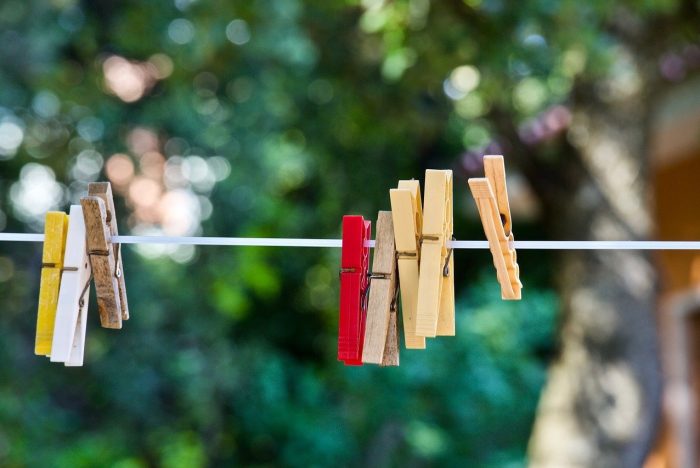 The Covid-19 pandemic and the subsequent lockdown in many countries had a severe impact on domestic workers around the world, including in the EU. As most of them are women (80% according to the ILO),[1] this has evidently had consequences on gender-related aspects of the labour market. In addition, this issue affects social rights, as many of these workers have few rights and lack social protection. The Directive on Transparent and Predictable Working Conditions in the EU can have a positive impact here, if domestic workers are brought within its scope and are able to invoke the rights the directive grants them (at least on paper).

The consequences faced by these women ranged from a reduction of working hours to complete loss of their job. Workers with no formal employment status were hit particularly hard. No formal employment status means neither having an employment contract nor being registered for social security. Losing one’s job or facing a reduction of working hours then simply means that there is no longer any income. The ILO estimates that around 75% of the domestic workers who were significantly impacted were in informal employment and thus did not have access to any benefits to mitigate their loss of income. Still, even those workers with a formal contract suffered loss of income. Fear of Covid-19, paired with restrictions on mobility, prevented many of them from getting to work. Subsequently, they were not paid, due to – according to the ILO – lack of information and low employer awareness of their responsibilities.

In the EU, several member states took measures to support workers during the pandemic. Some of these measures were extended to workers on flexible contracts and self-employed workers as well. Domestic workers, however, were rarely able to profit from these measures, as in most cases they are not registered for social security (and hence no contributions have been made on their behalf). There are no reliable data on the number of domestic workers who were covered by social protection measures during the lockdown. The European Federation of Food, Agriculture and Tourism Trade Unions (EFFAT) estimates that there are approximately 26 million domestic workers in Europe, more than half of whom are working undeclared.[4] This would mean that, in countries where support was provided, at the most 50% of the domestic workers would have been able to benefit.

The pandemic and the subsequent lockdowns have highlighted the precarious position of domestic workers; yet of course the problem is not a temporary, but rather a structural one. The causes are manifold. Many domestic workers are employed in the informal economy, hired on a one-to-one basis by individual households or via under-regulated labour supply agencies.[5] The consequences are that these workers tend to earn poverty-level wages and are not entitled to regulated hours of work, paid maternity leave, sick leave, holidays or social security benefits.

The situation is complicated by the fact that many of them are migrant workers, often undocumented. These workers (again: mainly women) run the risk of being deported from their work country if they come into contact with formal authorities. They are therefore afraid to ask for income support. In addition, they frequently support their families in their countries of origin with their salary. If their income is stopped, their families are at risk of poverty and hunger too.

In April 2016, the European Parliament adopted a resolution on women domestic workers and carers in the EU, calling on the Commission and member states to take action to ensure “that domestic workers and carers have genuine workers’ rights and social protection through labour legislation or collective agreements”.[6] So far, the resolution has not been followed by concrete steps by the European Commission. The Directive on Transparent and Predictable Working Conditions in the EU could be of use here, as it aims to promote more secure and predictable employment by improving workers’ access to information concerning their working conditions. A prerequisite in this respect is that domestic workers are brought within the scope of the directive, i.e. that is it acknowledged that they have the status of a worker similar to employees in formal employment.

The position of domestic workers would also improve substantially if they were given access to social security. The European Institute for Gender Equality (EIGE) has urged policymakers to take measures to provide workers in non-standard employment (which includes domestic workers) with an adequate minimum wage and to make them eligible for social security. Also, the European Pillar of Social Rights calls for action in this respect, especially where it states that “regardless of the type and duration of their employment relationship, workers, and under comparable conditions, the self-employed, have the right to adequate social protection” (Art. 12). Neither EIGE nor the pillar address the issue of undocumented migrant workers explicitly. The issue is nonetheless raised in the 2016 resolution of the European Parliament. Parliament urges member states to ensure the availability of legal avenues for migration to the EU, to establish bilateral agreements with the countries of origin of migrant workers and to ratify the UN Convention on the Protection of the Rights of all Migrant Workers and Members of their Families of 18 December 1999.

In conclusion, improvement of the position of domestic workers requires far-reaching measures, which might also be politically sensitive, especially where migrant workers are concerned. Even so, in the short term member states and the EU could respond to the most pressing needs of domestic workers as a result of the Covid-19 situation by providing temporary access to income-substitution benefits for loss of work and income, arranging for paid sick leave and considering the introduction of temporary resident rights for migrant domestic workers without a residence permit. This is crucial because, as EFFAT puts it, many European women have only been able to join the workforce thanks to the migrant women who have taken over their share of domestic work in the household.[7]

[4] See https://effat.org/in-the-spotlight/international-domestic-workers-day-essential-work-too-long-undervalued/. The EFFAT estimates are based on Eurostat and apply to Europe. Their estimates differ significantly from the ILO estimates. The reason for this difference is not clear, as both EFFAT and the ILO use the same definition of a domestic worker (from the ILO Convention No. 189). However, we refer to the EFFAT estimates in this case as the ILO does not have estimates solely for Europe, but refer either to world estimates or to regional estimates that do not coincide with the EU (e.g. Europe and Central Asia).