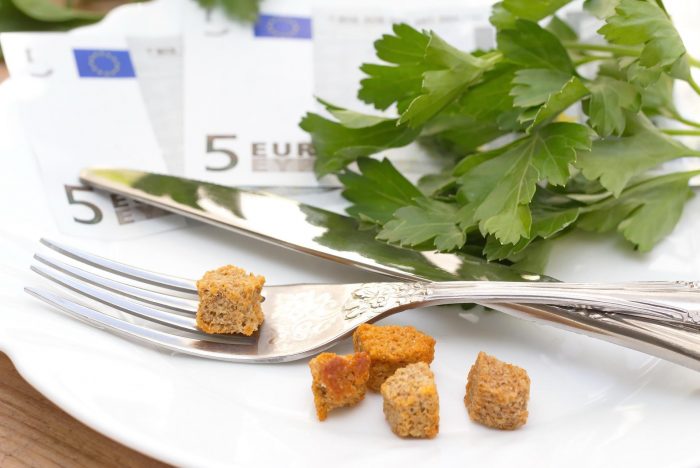 The European Union (EU) intervenes in the field of social policy by supporting and complementing the activities of its Member States through various instruments. Through European social funding, the EU acts as a ‘material supporter’ of Member States’ social policy activities[i]. The European Social Fund (ESF) is the EU’s core instrument to invest in people by helping them to get (better) jobs, investing in education and skills, as well as promoting social inclusion. The Fund for European Aid to the Most Deprived (FEAD) is meant to complement ESF by focusing exclusively on the basic needs and social inclusion of the most deprived persons, mainly by providing food and material assistance. Importantly, the Commission states that these funds, under the merger European Social Fund Plus (ESF+), are the main EU instruments to implement the European Pillar of Social Rights (EPSR), which sets out 20 key principles for a strong social Europe and was initiated to serve as a compass for renewed upward social and economic convergence. This raises the following questions: To what extent does European social funding take into account the social situation in the Member States? And, consequently, do the funds benefit most those Member States with the greatest social needs?

The EU social funds: from marginal to core element of the EU budget

ESF and FEAD have their origin in the Treaty of Rome[ii], directly in the case of ESF and indirectly in the case of FEAD. Initially these funds served social objectives only in a derived form. Today, these funds, together with new temporary initiatives such as SURE and NextGenerationEU, are key instruments for realizing the European social agenda. In line with the increasingly important role attributed to social funding for reaching the EU social goals, cohesion policy resources (including ESF and FEAD) have grown significantly over time: whereas the means for cohesion policy were less than 5% of the EU budget in the 1970s, since the 1990s they represent around a third of the EU budget.

ESF and FEAD distributions across Member States: Who gets what?

By using the Social Scoreboard indicators that monitor the EPSR implementation, we can analyse the size and the distribution of the 2014-2020 ESF and FEAD budgets according to Member States’ economic capacity, social needs, policy outputs and efforts required to meet the European social goals. In general, when ESF and FEAD budgets are expressed in relative terms as a percentage of countries’ GDP, the funds benefit relatively more the poorer Member States who also tend to have greater social needs[iii]. 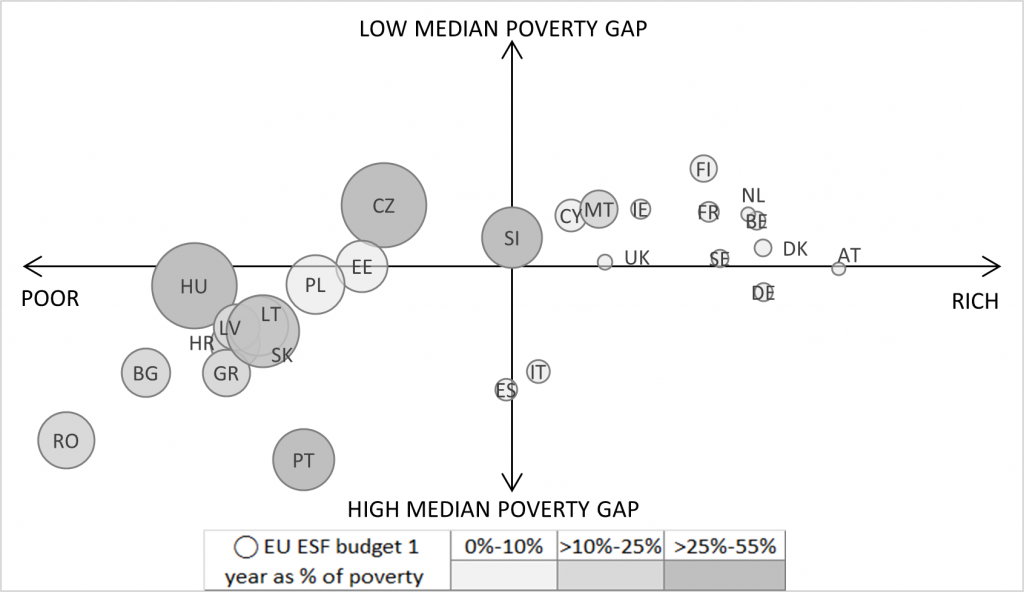 Note: on the horizontal axis, countries are positioned according to their equivalent median income in PPS (average 2014-2020). On the vertical axis, their position is determined by the national relative median at-risk-of-poverty gap (average 2014-2020). Luxembourg is not included. Source: own calculation with EU-SILC and EU Cohesion policy data.

Moreover, if we take a pan-European perspective and calculate an EU-wide 60% poverty line, considering all EU citizens to be part of one large population, we observe a different outcome. In Figure 2 we see that, when ESF and FEAD budgets are expressed as a percentage of the efforts required to lift all income-poor citizens to the EU-wide poverty line, it appears that countries who need to make the greatest efforts get relatively less funding. 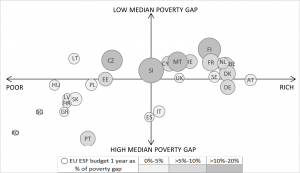 Note: on the horizontal axis, countries are positioned according to their equivalent median income in PPS (average 2014-2020). On the vertical axis, their position is determined by the national relative median at-risk-of-poverty gap (average 2014-2020). Luxembourg is not included. Source: own calculation with EU-SILC and EU Cohesion policy data.

Looking beyond GDP: Towards a needs-oriented distribution of the social funds?

The funds’ allocation rules highly depend highly on national preferences (including budget continuity) and GDP per capita (for ESF). GDP, however, poorly reflects living standards and the social dimension of well-being, leading to growing requests to go ‘beyond GDP’[iv]. Our results suggest it might be time to move towards a more intentional and planned social needs-oriented distribution of the European social budgets. Furthermore, although the funds go more to poorer countries with greater needs, the budgets are relatively limited compared to the size of their needs. In order to foster upward convergence, an increase in the volume of the social funds should be considered. This is obviously  only desirable under the condition that the funds are shown to be successful in the implementation of social rights. However, very little research has been done on the effectiveness of the social funds. Besides that, the funds should support Member States without creating incentives to reduce their own efforts. Although the additionality principle is in place which stresses that EU funding could not replace national spending, the risk of moral hazard is present. As EU budgets for social spending have increased significantly due to the COVID-19 pandemic, although temporarily, it makes these considerations even more crucial to follow up and investigate in future research in order to inform policies aiming at making EU social funding future-proof.

[iii] We measure the level of social needs for instance through the at-risk-of-poverty (AROP) rate, severe material deprivation (SMD) rate, but also via work-related indicators such as the long-term unemployment rate.